A Current Scenario of India’s Fight against Undernourishment 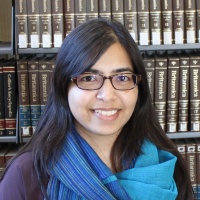 In this interview, SPANDAN speaks with Dr. Soumya Gupta, Research Economist at TCI-TARINA, on the prevailing condition of undernourishment in India. She mentions the factors that are lagging behind for addressing the problem and stresses the need for the coming together of experts from different disciplines of science and government agencies, instead of each discipline (or department or ministry) addressing the problem in a stand-alone manner.

An Interview with Dr. Soumya Gupta by SPANDAN

SPANDAN stands for System of Promoting Appropriate National Dynamism for Agriculture and Nutrition.

Can you elaborate on current status of undernourishment in India?

The latest NFHS (2015-16) statistics indicate that the prevalence of stunting, wasting and underweight in children under-5 is 38%, 21% and 36% respectively. Micronutrient malnutrition is also a public health concern in India where almost 6 out of 10 children under-5, and 5 (6) out of 10 pregnant (breastfeeding) women are anemic. Just 9% of breastfed children under-2 meet the minimum IYCF requirements of diet diversity, meal frequency and an acceptable diet. There is variation in nutritional outcomes at the State level. While India’s progress in addressing malnutrition has been slow, it has not been stagnant. For instance, a comparison of statistics from NFHS-3 (2005-06) and NFHS-4 (2015-16) indicates an improvement in nutritional outcomes for children under-5: anemia, stunting and underweight declined by 12, 10 and 7 percentage points respectively. Similarly, there has been a decline in the proportion of women who have a less than normal BMI (from 36% to 23%). On the other hand, there seems to have been no change in the prevalence of anemia in women (55% to 53%) and obesity has increased in women from 13% to 21%. We must however keep in mind that changes in prevalence rates need not always correspond to a change in absolute numbers.

Your views on the National Nutrition Mission, which was recently launched?

The recently launched National Nutrition Mission aims to improve nutritional outcomes by focusing on reduction in anthropometric indicators like stunting and underweight as well as the prevalence of micronutrient deficiencies like anemia in vulnerable sub- groups of the population. The key focus appears to be on strengthening the capacities of community level nutrition workers and scaling up the coverage of the ICDS. A stated objective of the mission is to bring about a convergence of schemes related to nutrition within the Ministries of Women and Child Development, Drinking water and Sanitation, and Health and Family Welfare. It remains to be seen how this objective plays out on the ground level. While acknowledgement of such a convergence is a first step, we need to be cognizant of other factors that contribute to the persistent problem of malnutrition like women’s empowerment, nutrition awareness, the need for behavior change and the importance of ensuring that households have access to affordable and diverse nutrition foods throughout the year.

Malnutrition is the result of several inter-related factors. A diet that lacks in an adequate quantity and quality of nutrients is an immediate cause of undernutrition. However also relevant are underlying factors like child- care and feeding practices (e.g., breastfeeding, introduction of complementary foods, etc.) and sanitation as well as basic factors like maternal education, household income/employment and various socio-cultural norms.

Various schemes like ICDS, the National Health Mission, the Janani Suraksha Yojana, Matrutva Sahayog Yojana have been launched. However, concerns regarding malnutrition have persisted despite improvement over the years. How do you look at this scenario?

The way in which public policies need to address malnutrition needs to account for two things. The first is which aspect of malnutrition are we focusing on. There’s undernourishment (lack of calories), micronutrient malnutrition (lack of micronutrients), and the emerging problem of overweight/obesity (excessive calories). Together, these three aspects are known as the triple burden of malnutrition. So, policies like the ICDS or MDMS need to be seen in that context. For instance, the ICDS or MDMS focus on (supplementary) foods for children but their focus seems still be more on calorie sufficiency as opposed to nutrient adequacy. The second aspect that public policies need to keep in mind is that malnutrition is the result of several inter-related factors as mentioned above. Therefore, while programs like the Janani Suraksha Yojana and Matrutva Sahayog Yojana focus on women’s access to health services and compensation for wage loss, respectively, addressing malnutrition in all its forms will require coming together of experts in nutrition, agriculture, crop science, economics, gender and sanitation, instead of each discipline (or department or ministry) addressing the problem in a stand-alone manner.

What measures do you suggest to improve dietary pattern for landless laborers, and the rural and urban poor?

The improvement of dietary intake can be in terms of quantity as well as quality. Quantitative increases in dietary intake have typically focused on an increase in the intake of calories. The Green Revolution, for example, ensured an increased production, availability and consumption of cereals like rice and wheat to address the problem of insufficient calorie intake. More recently, however we are interested in qualitative improvements in dietary intake. This means ensuring an adequate intake of micronutrients, proteins and vitamins. To achieve this would require a diversification of agricultural production, away from staple grains like rice and wheat towards non- staples like vegetables, fruits and pulses. This has to be supported by corresponding changes in price policies, input incentives and market linkages to link farmers to value chains for non- staples. An individual or household’s dietary intake, depending on the context, can be sourced from what they grow for themselves and/ or be purchased from a local market. Since households are increasingly relying on local markets to access foods, investments for well- functioning markets become an important avenue for the availability of affordable, nutritious foods round the year. This includes for instance investment in market infrastructure like roads, transportation, storage facilities and information networks. In addition to ensuring availability and affordability, efforts also need to be centered on spreading awareness about what constitutes a nutritious diet, why it’s important and how an equitable distribution of food can be ensured within a household.

In an interview which is on the website of the Tata-Cornell Institute, you have mentioned that “women in households with a more diverse production system do not necessarily have lower rates of iron deficiency”. Can you elaborate on this with respect to your research?

Our research focused on the role that women’s empowerment in agriculture can play as a pathway for improved micronutrient outcomes for women. We compared women’s empowerment levels in agriculture across three different farming systems – landless, food- cropping and cash- cropping households. We also assessed women’s iron status using five medical biomarkers. When we looked at the relationship between empowerment and iron status we found that women from cash- cropping households had more diverse diets but also a higher prevalence of iron deficiency as compared to women from food- cropping and landless households. This suggests that production (and diet) diversity by itself might not be sufficient for improved micronutrient outcomes. Rather the emphasis needs to be on production and/or consumption of nutrient-dense crops.

This blog originally appeared on the SPANDAN Blog.