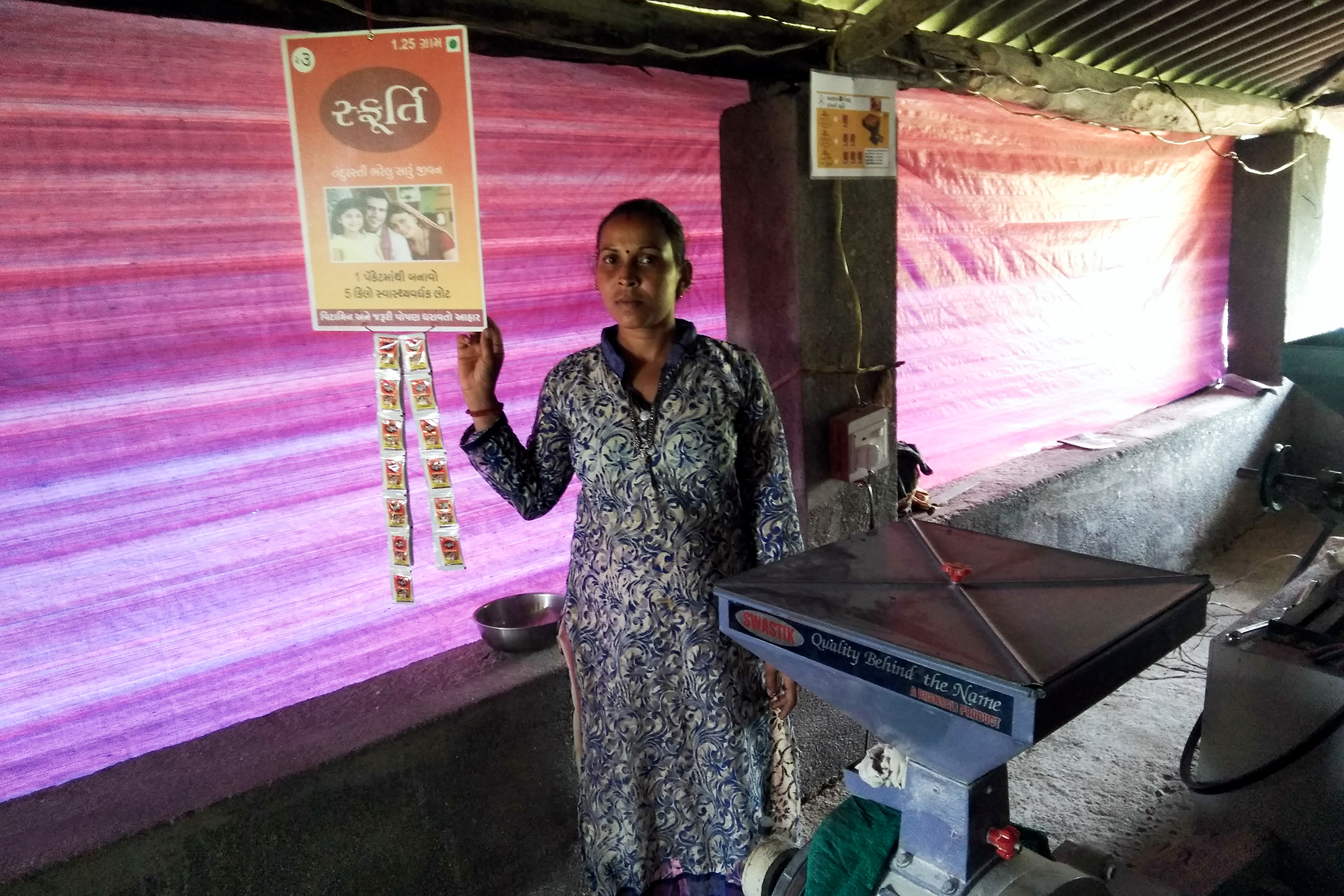 In the fight against malnutrition, fortified staples like flour can help ensure that people consume critical micronutrients, like iron. Yet, in many areas of India, smallholder farmers do not purchase flour at the market, opting instead to grow their own grains and bring them to local millers for processing. To address micronutrient deficiency among these communities, TCI spearheaded the Sustainable Flour Fortification Initiative, or Sfurti, providing an easy-to-use, home-based method for fortification.

The project was implemented by the Women’s Federation of Self-Help Groups—Shree Surbhi Swasahay Federation, with assistance from TCI and partner organizations BAIF Development Research Foundation, Sight and Life, the Tata Institute of Social Sciences, and Maharaja Sayajirao University.

Micronutrient malnutrition—especially iron deficiency anemia (IDA)—is a severe public health problem for the Indian population. Anemia affects over 80 percent of children below the age of three, 58 percent of expectant mothers, 50 percent of non-pregnant and non-lactating women, and over 56 percent of adolescent girls, with IDA accounting for over 60 percent of anemia cases.

In pregnant women, iron depletion can cause low birth weight in newborns, as well as complications caused by intrauterine growth restriction and preterm delivery. In children, low iron can lead to impaired cognitive function and delayed physical growth, as well as an overall reduced future working capacity. IDA is responsible for 24 percent of maternal mortality in India, and another 50 percent of maternal mortality has been indirectly associated with anemia. This has catastrophic consequences for future generations and can eventually lead to a “dually burdened society,” with both mothers and children suffering from anemia. The economic implications of IDA in India are also severe, accounting for 5 percent of GDP loss.

National surveys have shown that, except for staples, the consumption of other nutritionally dense commodities, such as pulses, milk, fruits, and vegetables, fall far below the recommended dietary allowance. With meat consumption among the lowest worldwide, IDA thrives in India. Current government initiatives to control anemia are focused on providing iron and folic acid pills; however, consumer compliance is low. Therefore, TCI made it a top priority to address IDA through fortification.

Initiated in 2016, the objective of the Sfurti project was to improve the nutritional status of tribal communities through a sustainably managed program run by women’s collectives. Sfurti powder—containing iron, folic acid, and vitamins A and B12—was sold in 15 villages in Gujarat’s Tapi district. The Sfurti approach was unique in that it applied market-based principles, such as demand generation, social marketing, small enterprise development, and consumer purchases, to create a self-sustained model for flour fortification.

The initiative was implemented in three stages:

Sfurti proved to be a great success, with an adoption rate of 70 percent in the villages in which the project was implemented, and has been instrumental in raising awareness of micronutrient deficiencies and creating demand for fortified food.

The full experience of Sfurti shows that a self-sustainable, nutrition-oriented fortification product is possible, and with the inclusion of local communities and their acceptance of the product, it can be a successful means of promoting nutrition and providing access to essential micronutrients in such communities.