The Who and Where of Farm-Level Crop Diversity in Bihar 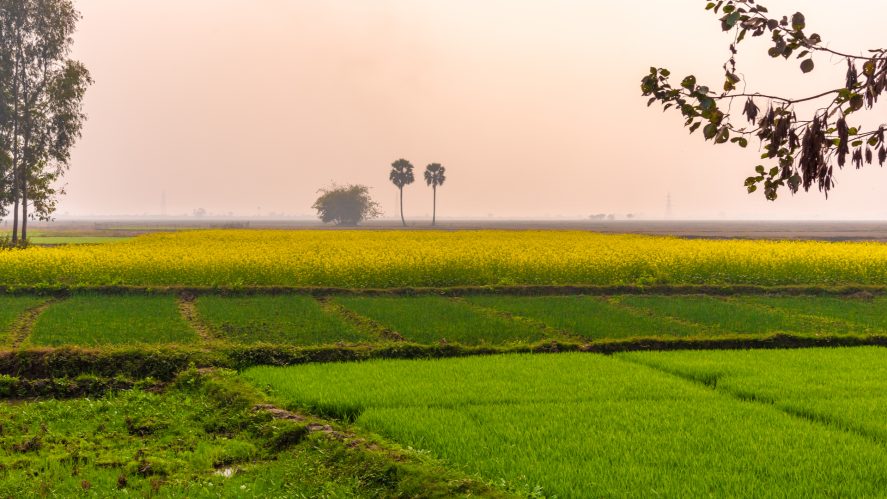 What types of households have more diverse farms, and why does it matter? Spatial crop diversity — growing more than one crop in a field or on a farm simultaneously — has been associated with higher levels of biodiversity, soil quality, and yields. It can also help to buffer farms from climate and market shocks and contribute to improved diet diversity — an important component of good nutrition. Examining what types of households are already implementing such spatial diversity on their farms can help in targeting efforts to promote spatial crop diversification and improve our understanding of the outcomes of such diversification.

To better understand what types of households practice spatial crop diversification, I analyzed survey data from Bihar, India. I found that households are more likely to have more spatially diverse farms if they possess more land, sell higher-value produce, sell a small portion of their cereals, get more than half of their income from agriculture, and live in villages where other farms also have higher spatial diversity.

The survey data I used for this analysis came from the Situation Assessment of Agricultural Households conducted by the National Sample Survey (NSS) in 2012 and 2013. This survey collected data from 35,000 households across India, each of which was visited twice: once in the kharif (wet) season and again in the rabi (dry/winter) season.

I limited the scope of my analysis to Bihar because it is located in the eastern Indo-Gangetic Plain, where development indicators such as incomes and nutrition are far behind other parts of India and crop diversification has been suggested as a potential solution. 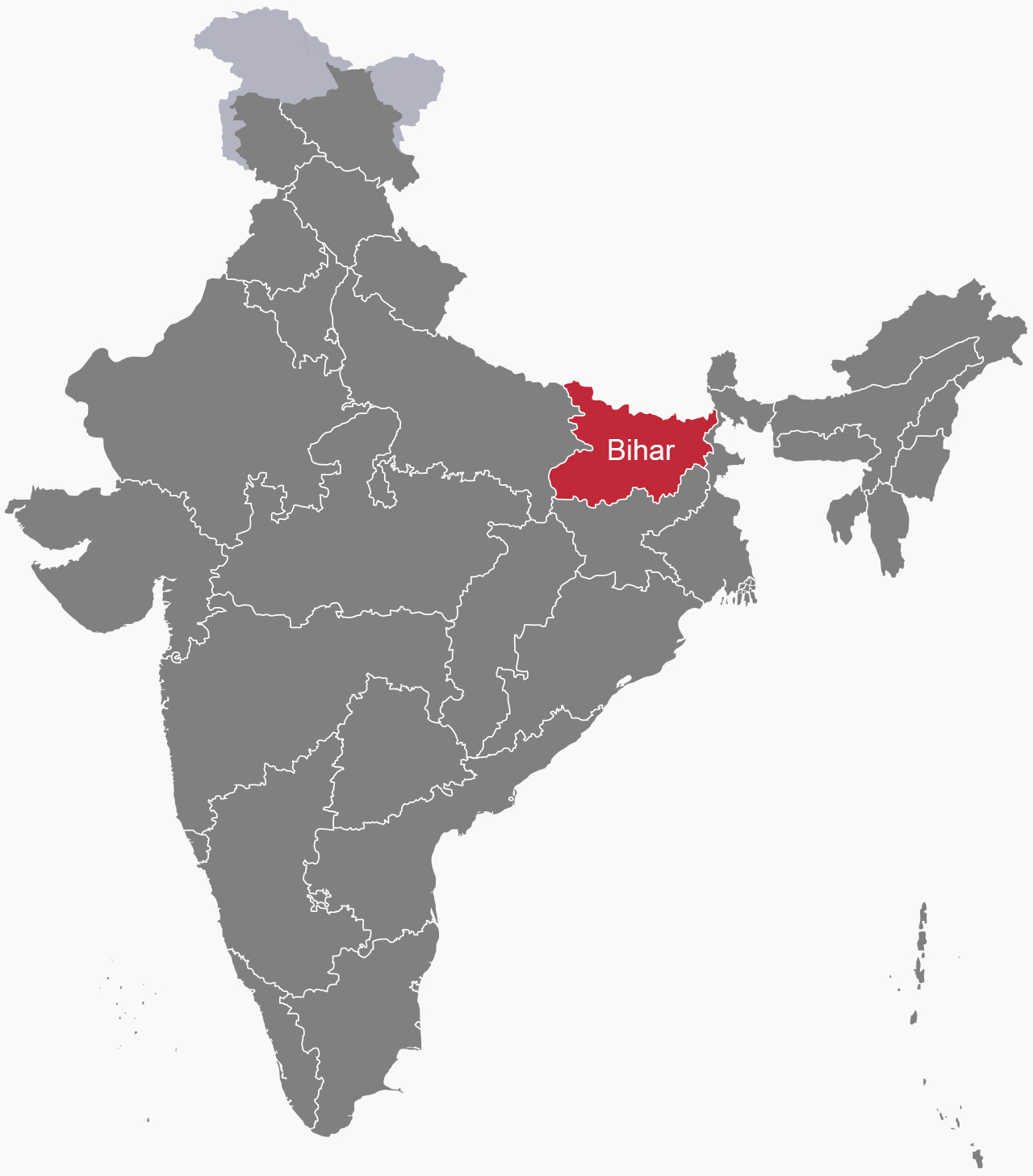 I further limited my scope to the rabi season because there is typically more potential for diversification in Bihar during the rabi season than during the kharif season, when flooding often makes rice the only feasible crop to cultivate.

To measure spatial diversity, I calculated the Simpson Diversity Index at the household level. This measure takes into account both the number of crops and the evenness with which those crops are spread over a given area. The index ranges from 0 to 1, where 0 indicates only one crop was planted, and numbers closer to 1 indicate a greater number of crops with area allocated more evenly between them.

The NSS data is somewhat limited for measuring diversity in that each household could only list up to 4 major crops for each season, which they defined based on value terms. After the first 4, other major crops were grouped together. Therefore, it does not measure total crop diversity on the farm, which would have to include minor crops and crops grown mainly for home consumption. However, given that the proportion of households listing more than 3 crops is extremely low, this data still provides a relatively full picture of the range of diversity levels.

There are many factors that have been shown in other studies to be associated with spatial crop diversity. These include household variables, farm variables, market access, access to information, access to credit, biophysical factors, and neighborhood effects (share of farmers in the same village who are diversified). In addition to these, we were also interested in testing the role of market orientation and livelihood strategy on crop diversification strategy. A complete list of all the variables we tested is provided in the table below:

Finally, households in villages where the share of households planting more than one 1 rabi crop is higher are also more likely to plant more than 1 rabi crop, indicating that there are factors at the village level that contribute to crop diversification that are not being captured in this model. This may, for example, refer to market intermediaries, transport networks, enough aggregate production to make a market focus viable, concentration of technical expertise, and necessary inputs, etc.

Fewer variables were significant for predicting the diversity indices of households growing more than one rabi crop. Elevation and the average household diversity index of the village had a negative and positive effect, respectively, corresponding to the findings above pertaining to the probability of growing more than one crop. Other than these, the only other significant variables were the selling of non-cereals, which had a positive effect, and the selling of 100% of cereals, which had a negative effect. This final finding indicates that complete market integration may favor specialization.

The findings from this analysis have potential implications for targeting programs to encourage households to diversify their crop mixes. For example, the finding that larger farms are more likely to have more than one crop in the rabi season indicates that the promotion of crop diversification is perhaps more likely to be successful if directed towards larger farms. However, this is not to say that crop diversification does not have a potential role to play for smaller farm households—just because they tend to be less diverse does not exclude them from the potential benefits of diversification. This is an area that needs more exploration. It is also possible that these smaller farms have more diversity, for example in kitchen gardens, that is not being captured by this survey.

The finding that households selling higher-value produce along with a small portion of cereals tend to have more crops in the rabi season is not surprising: since growing cereals is so ubiquitous in the area, growing market crops will almost always be an additional crop, not a replacement for cereals. However, this finding does reinforce the logic, often seen in agricultural development projects, that connecting farms to markets will increase diversity.

Finally, the finding that households that rely on agriculture for more than half of their household income are more likely to be growing more than one rabi crop indicates that households with their main source of income coming from outside agriculture are more likely to stick to just one crop. This may be because they have less time to invest in planting more crops, or less motivation to do so, since they are not so dependent on agriculture for their livelihoods. This finding could be taken at face value, to support targeting spatial diversification projects to households that get most of their income from agriculture. However, it would be interesting to investigate further, to see if households who rely more on non-farm income are happy with that livelihood strategy, or if they would prefer to be able to support themselves more with produce from their farms.

These findings just scratch the surface of understanding why farmers make the choices they do about what to produce, and how much diversity to incorporate on their farms. Looking forward, I am excited to repeat this analysis with the new NSS data from the 2018-19 survey recently made available. In addition, I would like to design a research project to build an understanding of diversification as a process (rather than comparing more diverse vs. less diverse households at a single time point, as I did here). I would also like to explore how crop diversification decisions interact with other aspects of livelihood strategies, such as incorporating livestock on farms or switching to more non-farm income sources. Ultimately, I want to understand which crop diversification and livelihood strategies will work to improve incomes and resilience for which types of households.

Kiera Crowley is a TCI Scholar and PhD student in the field of crop and soil sciences.

Feature image: Mustard and other crops grown on agricultural land in India. (Photo by Abir Roy Barman on Shutterstock) 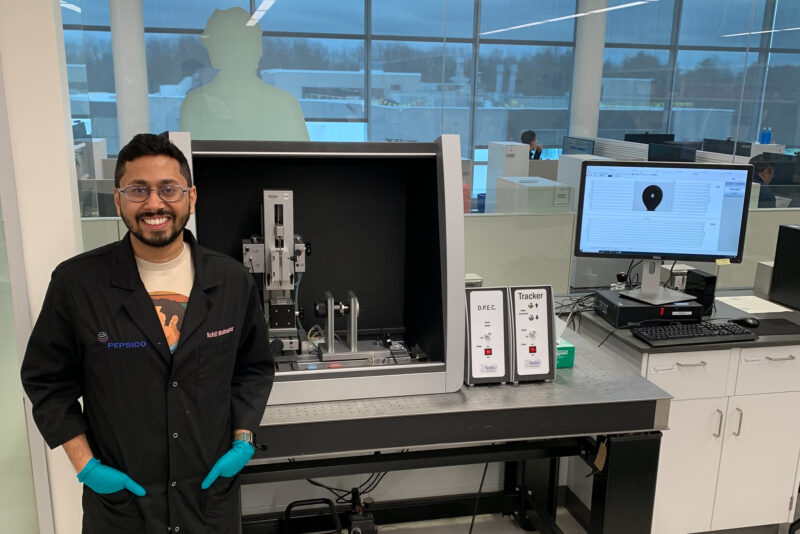