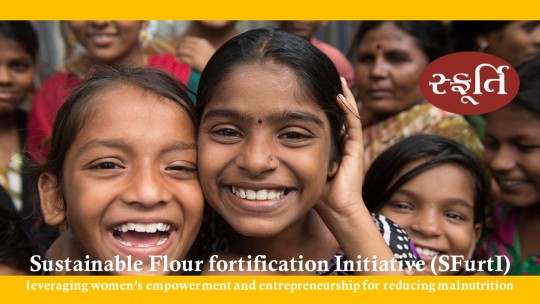 Iron-deficiency anemia (IDA) is one of the most frequent nutritional disorders, affecting up to 1.6 billion people worldwide [i]. Bioavailable iron is essential to synthesize hemoglobin, the oxygen-transporting protein. The shortage of iron depletes hemoglobin, resulting in various detrimental health outcomes, such as impaired cognitive function and delayed physical growth in children, weakness, reduced working capacity, and many other manifestations that affect the quality of life.

In India, anemia affects over 80% of children below the age of three, 58% of expectant mothers, 50% of non-pregnant and non-lactating women, and over 56% of adolescent girls[ii]. Although other factors may cause anemia, iron deficiency accounts for over 60% of anemia cases[iii]. IDA has been associated with 24% of maternal mortality in India, and indirectly another 50% of maternal mortality[iv]. The economic implications of IDA in India are also severe, accounting for 5% gross domestic product (GDP) loss[v].

National surveys have shown that, except for staples, the consumption of other nutritionally dense commodities, such as pulses, milk, fruits, and vegetables, falls far below the recommended dietary allowances (RDA)[vi]. With meat consumption among the lowest worldwide, IDA incidence is high in India[vii]. In such areas, fortification has been considered as a successful and cost-effective public health approach to compensate for nutritional iron inadequacy. Thus, ideal iron sources that can be effectively utilized in food products to improve iron nutrition remain elusive.

Fortification is a process by which micronutrients are added to foods to increase their nutritional value. In 1833, French chemist Boussingault was the first to recommend the addition of iodine in salt to combat goiter in South America. In the 20th century, fortification of milk with vitamin A and vitamin D in milk and margarine became common practices to prevent rickets in children in both Europe and the United States. In India, food fortification was mandated in salt (with iodine) in the 1950s and and hydrogenated oil (with vitamin A) in the 1980s, promoted through public-private partnerships and international agencies. Currently, 91% of households in India have access to iodised salt, and 71% of them consume adequate amounts.[viii]

Fortification of the staple grains that are most widely and abundantly consumed can have great benefits and prove to be an essential tool in the fight against malnutrition. However, implementing and sustaining fortification programs faces significant constraints, including: technical, socio-economic, infrastructural and political issues. The technical difficulties arise from identifying a fortificant that is adequately bioavailable for the body to absorb and also does not change the appearance and color of the food. Socio-economic challenges are usually related to inadequate information regarding the benefits of fortified foods and the ability to source and access foods for consumption. Infrastructural constraints emerge due to the absence of mechanisms to implement programs, make fortified foods readily available and distribute them to the target population. The major political obstacles are about getting the attention of policymakers to back such initiatives and help scale up programs to benefit the larger society.

In the remainder of this article, we will look at an example of a community-based fortification program locally called “Sfurti,” which means healthy in Gujarati and also stands for the Sustainable Flour Fortification Initiative (SFurtI) instigated by the Tata-Cornell Institute for Agriculture and Nutrition. We present the significant lessons learned in implementing and sustaining community-based fortification programs, the constraints that were addressed and some that remain.

Since 2016, the Tata-Cornell Institute has overseen the implementation of the Sustainable Flour Fortification Initiative (aka, SFurtI). SFurtI was designed to leverage both the social capital created through women’s empowerment and the entrepreneurial aspirations of these women to target micronutrient malnutrition in marginalized, tribal communities in rural Gujarat. The program covers approximately 5,600 households in 15 tribal villages in Songadh Block of Tapi District, in the State of Gujarat. Each micronutrient sachet contains 1.25 grams of fortificant consisting of iron, folic acid, vitamin B12, and vitamin A, adequate for up to 5 kg of wheat or rice or jowar (sorghum) flour, which are distributed to households through women members of community Self Help Groups (SHGs).

This program is implemented through the Women’s Federation of Self-Help Groups (SHGs), a field team staff from the Tata-Cornell Institute, and with support from the BAIF Development Research Foundation. Technical assistance is provided by Maharaja Sayajirao (MS) University of Baroda and by Sight and Life, the think tank of DSM, a well-known manufacturer of micronutrients. MSU Baroda is a knowledge partner that has been involved in community based public health advocacy and provided the knowledge support to the program. DSM supplied the sachets of micronutrient powder, ensuring that the fortificant had adequate amounts of bioavailable iron and did not change the color and taste of the food that was prepared. As they had worked with them for many years, BAIF, the local NGO, helped in mobilizing the SHGs. The SHG members were instrumental in sensitizing the community to the legitimacy of the program and encouraged community participation.

Once the SHGs became partners in the project, outreach was carried out through a network of Sfurti Bens and Sfurti Sakhis (SHG members responsible for promoting and selling fortificants). Sfurti Bens, with support from the Anganwadi and the ASHA worker, were responsible for creating awareness about micronutrient malnutrition and Sfurti as a possible solution. Outreach programs targeted women in the household and the Sfurti Bens were able to reach ~70% of households within a span of one year.

Social networks play a vital role in the sale of the product. This is evident from the fact that sales numbers were higher in villages where the Federation (and its SHGs) had a strong presence. We found that the likelihood of purchase by a household could increase by 55% depending on the intensity of its interaction with the SHG and other social networks. Villages where the Sfurti Ben had a secure network and connection also showed higher sales. Motivated Sfurti Bens went out of their way to build and leverage upon their social networks, which converted to higher sales in such villages. Villages will complex social structures and a low-on-motivation Sfurti Ben, however, continued to show poor sales.

According to the SHGs, the critical factors for success were:

The Sfurti micronutrient product reached out to 3,821 households in year one, while the outreach in year two was 3,501 households. However, the regularity of consumption (i.e., households who consumed the product for five months and above) was higher in year two. This has been a significant achievement of the project in year two.

Figure 1 shows the shift in the regularity of consumption during the second year of the program, with a higher number of households consuming Sfurti for five months or more in year 2 than in year 1.

Lesson 3: Scaling up requires the active involvement of the state and policymakers need to be convinced

Programs such as Sfurti will remain important especially for subsistence and semi-subsistence households that rely on their production of grain for their daily consumption rather than rely on the markets and the Public Distribution System (PDS). For this group, the option of fortifying flour at home will have nutrition implications. Government, Industry and CSR support for these programs is essential to implement them more widely in regions where markets and safety nets are thin.

Through extant social safety net programs, micronutrients could become more widely available across India. The most widespread impact will come from the distribution of fortified foods in the PDS. The PDS currently does distribute fortified cooking oils; diversifying to fortified staples would ensure adequate outreach. Similarly, the Mid-Day Meal Scheme (MDMS) could enhance the nutritional status of children with the presence of fortified foods in school meals. Promotion of fortified foods in the Integrated Child and Development Services (ICDS), which targets children below the age of 6 as well as expecting and lactating mothers, would also benefit from fortification.

Active involvement of the state has been an integral aspect of widely implemented fortification initiatives in India. For example, public-private partnerships for the promotion of iodine fortified salt and the distribution of fortified oil through the PDS has been essential in making fortified foods more widely available. In 2016, the national Food Safety and Standards Authority of India (FSSAI) operationalized standards for fortification of five staples – wheat flour and rice with iron, vitamin B12, folic acid and zinc, edible oils and milk with vitamin A and D, and salt with iodine and iron. The ‘+F’ logo on foods will be used to identify these foods in the marketplace. While this helps promote nutritious foods available in the open market, the need to promote fortified foods through safety net programs is an ongoing requirement. For this, significant state-level intervention through policy is essential.

By the Tata-Cornell Institute
REFERENCES: 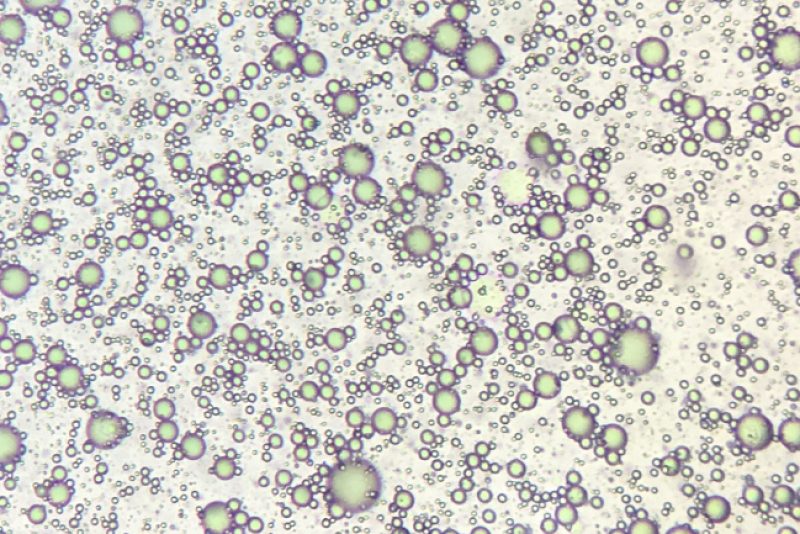