Cash to Mouth: Exploring the Income Pathway to Improved Nutrition 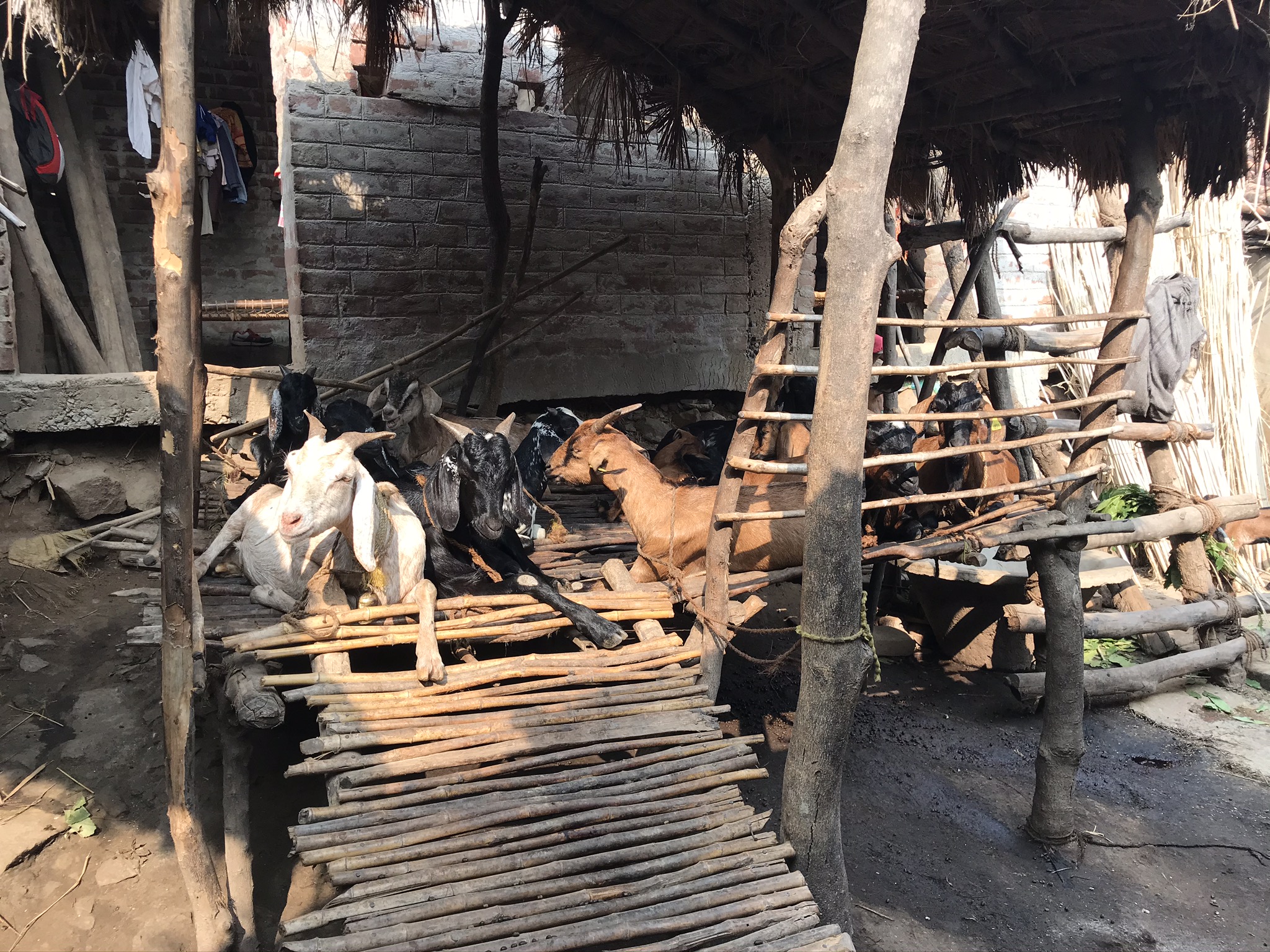 In this blog post, TCI Scholar Anna David Thottappilly discusses her research on the effectiveness of programs that aim to improve nutrition outcomes through income enhancement.

In India, an animal as small as a goat can be a key part of the fight against undernutrition. Many impoverished farming households in the country raise goats and other small ruminants as a secondary source of income and as a form of insurance in the event of a crop failure. Would enhancing the productivity of goat rearing provide such households with extra money to spend on a more diverse, nutritious diet?

Farming households in developing countries like India constitute a large portion of the nearly 11%  of the world population that is undernourished, so it’s no wonder that there are multitudes of agriculture-based interventions aimed at improving nutrition, such as the promotion of home gardens and biofortification of crops. These policies alter nutrition outcomes via one of two pathways: the subsistence pathway, which aims to diversify the food crops grown by farm households, or the income pathway, which aims to increase household income so that families can afford to consume a more diverse diet. The relative success of each of these intervention styles depends largely on the characteristics of the households and local markets involved. For example, if the households follow subsistence farming and the local markets are not fully developed, crop diversification may be more efficient than income enhancement in improving their nutrition. However, households with higher market access might benefit more from income-driven interventions. Due to the confounding household and market factors at play, it has been difficult to determine how income affects nutrition directly, limiting the effectiveness of interventions.

To help shine a light on the link between income and nutrition, I am analyzing a program run by TCI’s Technical Assistance and Research for Indian Nutrition and Agriculture (TARINA) and BAIF in Bihar’s Munger district that aims to improve nutrition outcomes by enhancing the income opportunities afforded by raising small ruminants like goats. Bihar is an ideal location for such a study because it has higher rates of both stunted and underweight children compared to the national average, and because small ruminants are a common source of additional income in the area. Thirty households each in 24 villages in Munger received intervention services through the program.

Most households involved in the study are agricultural producers and goat rearing is their secondary activity. Goats are generally raised as insurance against crop loss and also because they do not require much added labor. Their feeding practices are also simple. However, due to the highly contagious nature of most goat illnesses, goat rearing is not without risk.  For example, in the village of Manokotiya, farmers reported that an outbreak of disease in the previous year killed almost all the goats in the village.

The TARINA-BAIF intervention provides extension services for goat rearing, including building goat sheds (most households in the area keep the goats inside their houses) and providing healthcare assistance, such as deworming kits and medicines for common ailments. The intervention also includes the creation of buck users’ groups, which are provided with better breeds of bucks to fertilize goats, helping to ensure healthier goat kids. Goat farmers are also taught to sell their goats based on weight. Prior to this, the farmers were forced to sell to butchers who determined prices by looking at the size of the goats instead of taking proper measurements.

These measures are expected to improve the productivity of the goats and so earn the farmers higher incomes. During my primary field survey, the implementation of the interventions was underway and households were already reporting reduced illness among their stock. One of the female goat farmers had provided land for a goat shed and was proud to show it off to us. “The goat shed has made a marked improvement on the hygiene of the goats,” she said. “The goats are falling sick less often and their houses don’t smell as much.” She was optimistic that the changes would give her more bargaining power at the butcher. In one of the focus group discussions, the goat farmers unanimously agreed that the weighing of the goats has led to an increase in the prices they receive from the butcher. They said they felt “less cheated.”

Such anecdotal evidence is borne out in the data. Midway through the study, there was a 47% increase in annual expenditure of households in the intervention villages, compared with a 15% increase in a control group. The average monthly food expenditure of the villages that received services increased 4% to Rs 2,805 from Rs 2,689 at the outset. This indicates an income increase due to the interventions.

“The goat shed has made a marked improvement on the hygiene of the goats.”

As the study progresses, I will assess how these income improvements are affecting the diet diversity of these households. Diet diversity is a score based on the types of food consumed. In my study, I consider 11 categories of foods based on the TCI-TARINA manual. A household can score a maximum of 11 and a minimum of zero. Diet diversity leads to better nutrition and hence is used extensively to measure nutrition. I will also assess household access to markets and how that affects their nutrition outcomes. Thus, I can see whether and under what conditions the TARINA-BAIF interventions have resulted in improved nutrition outcomes. This could help in establishing the pathway from income to nutrition.

With undernutrition an ongoing concern in India, identifying the best ways to improve farming household’s access to nutritious foods is paramount. While crop diversification strategies may offer help to subsistence-farming households who lack access to well-developed markets, it can actually hurt those who do have market access, since they might lose out on the productivity growth attributed to crop specialization. Testing the efficacy of income-driven strategies like that used by TARINA and BAIF in Bihar is critical for creating policies more adept at combating undernutrition among all manner of households.

Anna David Thottappilly is a TCI scholar and PhD student in the field of applied economics and management. Her primary research interest lies in issues related to development and social mobility.