In a social marketing scheme to promote flour fortification, relationships and demographics matter 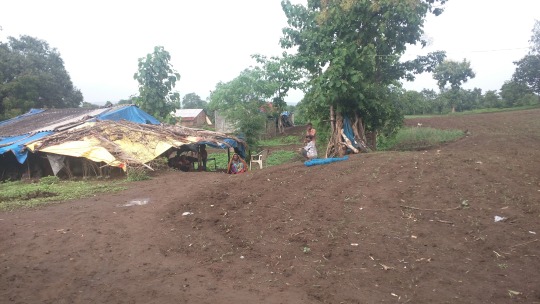 In previous blogs, we described the accomplishments and challenges associated with the implementation of Phase-I of the Sustainable Flour Fortification Initiative (branded as “SFurtI”). This led to a very important research question: why do some people choose to buy (and repeat buy) Sfurti while others opt out?

To get a detailed understanding of what drives purchasing behavior, we took a simple random sample of 30 households, from each of the 15 target villages, and completed a consumer survey, collecting information on demographics, livelihood and attribute preferences (e.g., taste, price, selling mode, etc.). In sum, we surveyed 450 households over the months of June and July (2017).

Primarily, the objective was to understand the inter-linkage of purchasing behavior with the following factors:

While the quantitative data analysis is still underway, this blog focuses on some of the qualitative insights drawn from the interviews. It also briefly discusses the minor hiccups in conducting the survey.

Idiosyncrasies of the Survey

Foremost, to draw a random sample, a population list is needed. While one would usually go by the census or ration card beneficiaries lists in India , it turned out that due to either immigration issues or unorganized record keeping, the ration card holders were far fewer than the actual population of the villages and the census lists were too old to be considered (2010). As a result, we used village level household records instead (maintained by the local gram panchayat – the administrative unit at the village). As one might imagine, these lists are neither centralized nor digitized. However, with cooperation and support from the block level officers, we were able to obtain the household lists and then drew random samples from them.

The survey had to be completed before the starting of Phase – II in order to get a fair assessment of Phase – I. However, June is right before the onset of monsoon in this western part of India (e.g. Songadh, Tapi district, Gujarat). With Songadh being mostly a rice-cultivating belt, this meant a lot of agricultural activity during the timing of our survey, which further implies it was almost impossible to find any adult respondents within the household between 9 A.M. to 4 P.M. (the working time in these villages). This forced us to conduct surveys in two shifts a day – one, starting at 5 A.M. until respondents were no longer to be found, and the other, at around 4 P.M. when they would start returning from the fields. Even though exhausting, it was a unique experience to have. The early morning shift had us sipping chai (tea) with the respondents, while the evening shift sometimes forced us into memorable yet uncomfortable encounters with the occasional drunk miscreants roaming about the village.

Overall, however, the survey worked out fantastically. We were not only able to get our crucial 450 responses, but we also got a good sense of people’s perception about Sfurti.

A big behavioral factor in most parts of rural (and even urban, for that matter) India is caste. Even though the target villages have primarily tribal populations (about 97%), the sub-castes within the tribal communities play an important role, as the caste determines the primary occupation of the household. For instance, Gamits and Chaudhary – which are influential in this region – are marginal farmers or agricultural/casual laborers, whereas Kotwadias – another dominant caste – are involved in making and selling bamboo baskets. Most of the others (Kathuria, Bhil) are landless and usually don’t have a stable profession. This societal segregation has a bearing on not just income but also perceptions towards health, education (owing to their economic and social status), the social network of these households and lifestyle in general. Thus, caste can be a driving factor of behavior.

Also worth pointing out, the not-so-well-off communities often tend to take decisions at a community level rather than at an individual level. Given certain communities are deprived of basic necessities, it is often harder for them to diverge attention from their day-to-day sustenance towards investment (both money and time) in a program aimed to improve micronutrient deficiency.

Leaving aside the potential to understand the importance of Sfurti for a moment and focusing primarily from a social marketing perspective, an interesting factor that came about was that of age of the members within the household. Since Sfurti relies on door-to-door sales, finding an adult within the household during the visit becomes very important, and age here, plays a significant role. Older members usually do not work outside the house (there are enough things to do within the house, which they fancy doing) and are also happy to talk to visitors. Similarly, mothers with children under 5 years old are at home. Since they have small children in the house, they are likely to have interacted with doctors, ASHA workers, Anganvadi workers, etc. who reiterate the importance of micronutrients and therefore, become more likely to buy and consume Sfurti.

Elder members of the household, working in the house during the day (Photo credit: Prankur Gupta)

One would normally expect well-off households with educated members to be less passive about their health. However, we observed that often households with high income and education were not at all interested in buying Sfurti. Because of a perception that they did not face any medical problems, and hence wouldn’t need any supplements or ‘medicines’, the upper income households had more of a dismissive attitude towards Sfurti. A bigger underlying problem with these households may have been unapproachability. Given the high social stature that such households command, to be approached by a Sfurti Ben – e.g. the woman who does the door-to-door education and sales of Sfurti, e.g. someone seemingly not of the same stature – and what’s more with a recommendation to improve their health, is a relatively difficult task.

Despite some of the challenges identified above, the overall adoption rates are high, largely owing to the marketing efforts made in the field. The understanding of the target consumers at this time has at least reached a stage where most of them feel that Sfurti is something that helps them in some way. The exact understanding of what it does and how it does it is yet to be realized, but at least they seem to be on the right path.

As an example, a question in the survey asked consumers whether they find Sfurti rotis to be tastier, softer, different, or better in any way. The most commonly recorded response was they found the taste better. Given Sfurti is a tasteless, odorless powder and that it cannot alter the rotis in any fashion, this may seem like an exaggeration or a placebo effect on part of the consumer.

However, there is a small catch. Iron intake does increase appetite. Therefore, it won’t be a stretch to assume that since they wanted to eat more (i.e. an increase in appetite), they ‘felt’ the rotis tasted better. After all, haven’t we all loved that sub-standard burger when we are dying of hunger?

The non-consumers and dropouts

From the households surveyed, it seemed that the households that were not buying were usually living in far-off locations or right in the center of their fields, which isolated them from the more populated areas of the village. This makes inclusion in the program more difficult as the Sfurti Bens cannot be expected to travel frequently to such households. Of course, there may have been others who, despite having the information on Sfurti’s positive effects, chose not to buy. They had their own reasons, most of which were covered in the previous sections.

There may be similar explanations for program dropouts (e.g. those who chose to buy Sfurti previously, but did not repeat the purchase). However, sometimes it was observed that Sfurti Bens may not visit frequently enough to replenish the supplies and therefore, eventually people would just stop consuming because it wasn’t regularly available.

To keep both the consumers and the sellers (Sfurti Bens) motivated in the program is challenging and a social marketing model such as this may experience faltering once in a while. However, for the most part, it didn’t seem to be a major problem.

Phase 2 of the project (to run from September 2017 through June 2018) does involve an experimentation with the model by engaging the local millers in sales. In a few villages, the millers would be responsible to add Sfurti sachets to the grain while milling if the consumers wishes it. This not only rules out the problem of infrequent visits (as consumers would now buy themselves), but also ensures that the product is not only purchased, but actually consumed. (See this blog for more information on purchasing but not consuming behaviors.)

As a result, we will hopefully have a better understanding of both the purchasing behavior in the target villages and the overall mechanisms of a social marketing model for products in the informal economy – a segment the majority of the deprived population in the country relies on. And if we learn how to do better marketing within the informal economy, then we could potentially have big opportunities to reach these marginalized communities with innovative and important health and nutrition products like Sfurti.

Prankur Gupta is a Master’s of Science student in Applied Economics and Management at Cornell University’s Charles H. Dyson School of Applied Economics in Management. His research with the Tata-Cornell Institute (TCI) focuses on consumer behaviors in rural Gujarat.