Women’s Empowerment in the Context of Field Research 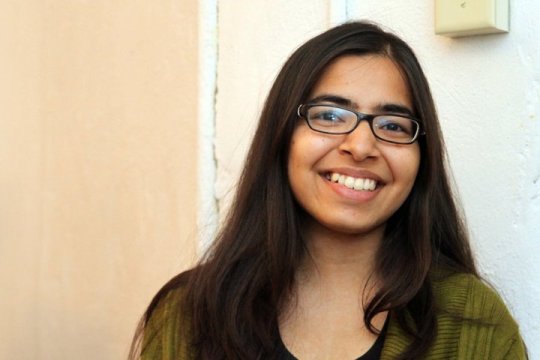 As a research scholar with the Tata-Cornell Initiative on Agriculture and Nutrition at Cornell University I spent 15 months in India designing and implementing a household survey to collect data for my dissertation. The aim was to study linkages between women’s empowerment and iron deficiency status in three different farming systems (households that were cultivating food crops, cash crops or landless). Our field site was the Chandrapur district in the state of Maharashtra in India. While the survey questionnaire collected data on traditional modules like agriculture and land use, household food security, women’s dietary intake and health history, it also included the module on the Women’s Empowerment in Agriculture Index  (WEAI) developed by the International Food Policy Research Institute (IFPRI) and it’s partners. The WEAI is a multi-dimensional measure of women’s empowerment in five broad domains of agriculture – production, decision-making, credit, leadership and time-use.

Since this was the first time the WEAI was being used in India we wanted to be sure that it was suitably revised to the context of our field site. This meant both, adapting the English questionnaires to the specific agricultural and allied activities taking place in Chandrapur, and then translating the module to the local language – marathi. This included the mention of specific cash (like cotton and soybean) and food (like rice and sorghum) crops, allied activities like collection of forest produce, specific types of community groups present in that region and a listing of the activities included in the time-use section. Such modifications were applied after repeated field visits, conversations with collaborators as well as an exchange of ideas between our survey enumerators who were all from the local region.

Once such changes had been incorporated and field-tested in English the module was translated into marathi. In the case of the WEAI we were careful to try and ensure as much as possible that the meaning of the questions and associated response codes for various levels of decision-making (decision-making ranging from all to none, ownership ranging from self to various forms of joint ownership) and motivation (intrinsic or extrinsic) behind those decisions did not get lost in translation. We realized the importance of keeping the wording conversational as opposed to formal/ academic. This had two advantages. First, at a general level the respondents were not wary of the enumerators (and the objectives of the survey) since they were addressed/ spoken to in a familiar way. Second, and more specifically, the meaning of the questions was not lost on them since they did not include words, phrases or sentence construction that, because of their theoretical nature, carried the risk of sounding unfamiliar. This reduced the chances of the respondents being unsure of their interpretation of, and response to, questions because of the way they were worded. For our survey we were able to achieve this at an initial stage through conversations with village-level key informants and local collaborating institutions. This was then complemented by the field experience of our survey team. Their understanding of the subjective nature of the questions and the detailed response options not only gave us a sense of the challenges they would face in posing those questions but also the different ways that it might be interpreted by the respondents. Since our training included some days of field-based interviews we were able to sufficiently ensure that our enumerators were able to adequately communicate the meaning of the questions to the respondents.

The design and implementation of a multi-disciplinary household survey with a focus on women’s empowerment brings to the fore the importance of ‘context’. We realized how important it is to have knowledge of social and cultural norms (for instance age, gender, hierarchy, gender-differentiated roles within agriculture and within the household) and information about the surrounding environment (like which crops are grown, which are sold, who usually sells, local units of produce, list of assets, social safety nets and activities included in time-use section) in both, adapting the module and interpreting the results. Time invested in these activities early on goes a long way in ensuring the quality of the data collected during the actual survey. With the recent focus on leveraging agriculture for improved nutrition and the role of women’s empowerment therein, acknowledging the context-specific nature of empowerment is the first step in designing and collecting meaningful metrics as well as in interpreting them. At a broader scale, the focus on context is also relevant for the current discourse on the Sustainable Development Goals. Progress on the 17 goals for ensuring individual well-being, economic development and sustainable use of resources will require an understanding of the current scenarios/ policies as well as barriers faced by individuals/ organizations/ institutions before adequate policies can be designed. Given how diverse people, economic institutions and decision-making regarding use of resources are, we would benefit from a conscious acknowledgement of those different contexts as we move begin tracking and measuring progress on the SDGs.