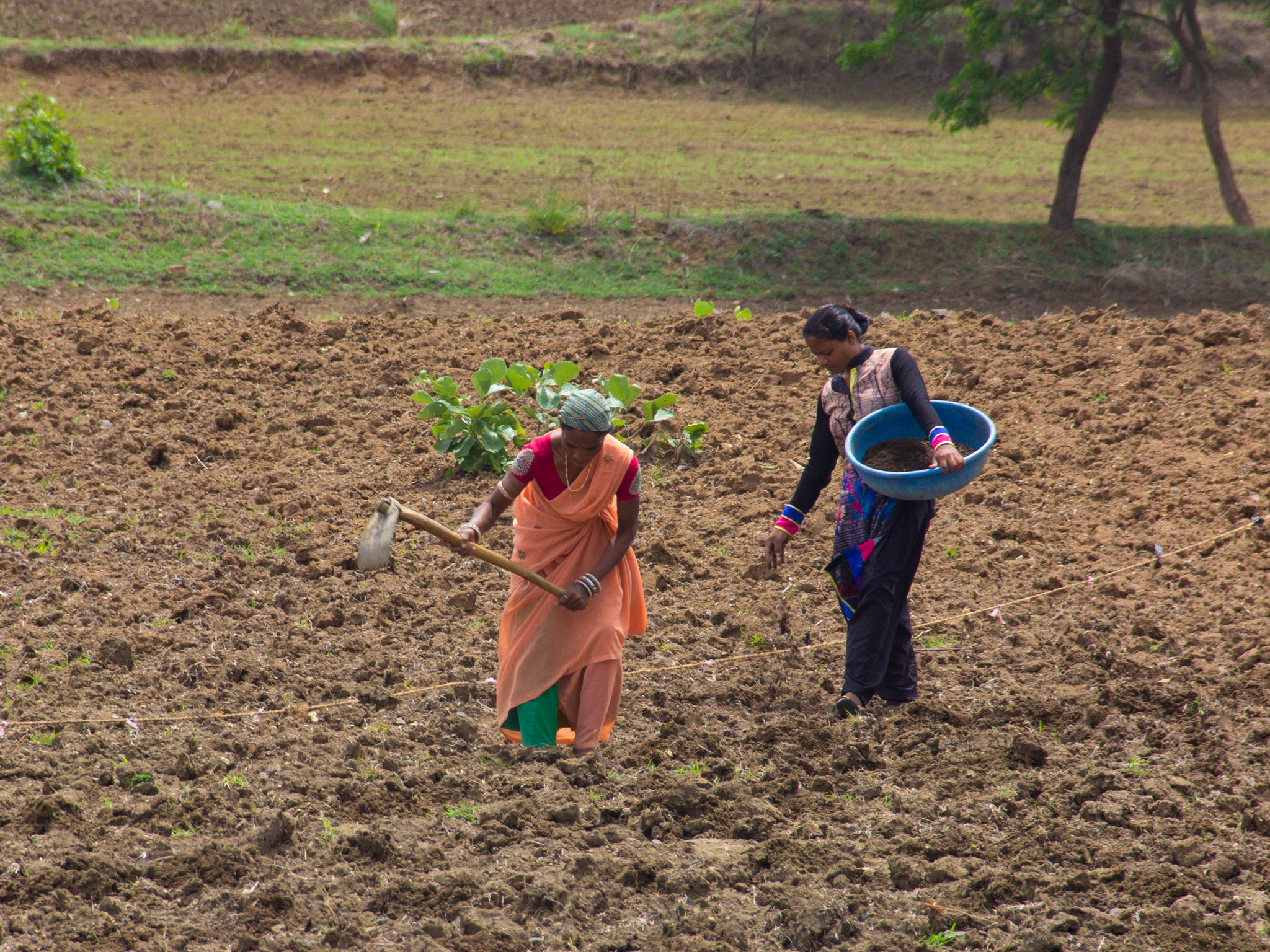 Researchers from the Tata-Cornell Institute for Agriculture and Nutrition (TCI) say that programs aimed at improving nutritional outcomes in rural India must account for how the time constraints imposed on women by domestic and agricultural work affect their nutritional status.

Women in rural India face severe constraints on time. They spend about 32% of their time on agricultural activities such as transplanting, weeding, and harvesting, while at the same time they are responsible for unpaid household labor like cooking, cleaning, fetching water, and caring for children. These constraints increase during peak agricultural seasons when they must spend more time—as many as five-and-a-half hours per day—sowing or harvesting. Men, by comparison, do not face such time constraints since they spend very little time doing housework.

To see how those time constraints impact women’s nutritional outcomes, Vemireddy and Pingali surveyed 960 women from rural Maharashtra, India, about their time use and diets, among other topics. They also created an index of standardized local recipes to measure nutrient intake and cooking time.

During peak seasons in agriculture, the increased time requirements for agriculture leave women with less time for other household-level activities. Vemireddy and Pingali found that these time trade-offs – as reflected by their opportunity cost of time, are associated with a decrease in the intake of calories, proteins, iron, and zinc. In terms of opportunity costs, a 100-rupee increase in a woman’s agricultural wages per day—meaning she spent more time working on the farm—is associated with a loss of 112.3 calories, 0.7 mg of iron, 0.4 mg of zinc, and 1.5 g of protein.

“Agricultural policies and programs that require greater involvement of women must recognize the consequences of increased time burdens and their adverse effects on nutrition,” Vemireddy says. “The programs should be designed in such a way that the benefits of women’s participation in agriculture outweigh the losses, such as time for well-being enhancing activities.”

This decrease is likely due to the women having less time and energy to cook nutritious meals. Most of the women surveyed cooked twice per day, in the morning and at night. When faced with longer hours on the farm, in addition to household chores, women might have less time to cook in the morning or be too tired in the evening, choosing instead to make easier, quicker, and less-nutritious dishes.

The nutritional deficits are worse for landless women who work on other people’s farms, grow only food crops, or grow a mix of food and cash crops. By contrast, women who own large tracts of land and specialize in cash crops like cotton see little decline in nutrition during peak seasons, possibly because they have higher incomes.

“To earn more income during peak seasons, landless women have no choice but to spend time in agricultural work, besides engaging in domestic work,” Vemireddy explains. “In contrast, women who have larger farms or higher incomes may choose to reduce the time they spend on agriculture and household activities via hired labor or labor-saving technologies.”

The negative relationship between women’s nutrition and increased farm work has important implications for development programs and interventions that seek to use agriculture to improve nutrition outcomes, such as encouraging households to grow kitchen gardens.

“Agricultural policies and programs that require greater involvement of women must recognize the consequences of increased time burdens and their adverse effects on nutrition,” Vemireddy says. “The programs should be designed in such a way that the benefits of women’s participation in agriculture outweigh the losses, such as time for well-being enhancing activities.”

Vemireddy and Pingali also see labor-saving strategies and technologies playing a vital role in lowering the burdens placed on women by agricultural and household labor.

However, the researchers caution that managing time burdens alone can only improve nutrition so much. Successfully addressing malnutrition in India will still require a reorientation of the country’s food policies to make nutrient-rich foods more accessible and affordable.