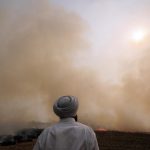 A trio of TCI researchers writing in The Print argued that the farm waste fires contributing to dangerously high air pollution in North India can best be addressed by incentivizing farmers in the region to grow less rice. Director Prabhu… 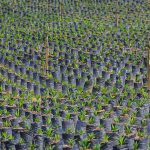 India’s plan to increase domestic production of palm oil could have detrimental effects on the environment and farmer livelihoods, argue Tata-Cornell Institute for Agriculture and Nutrition (TCI) researcher Payal Seth and Associate Director Bhaskar Mittra in a Financial Express op-ed.… 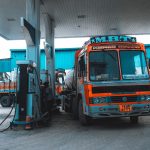 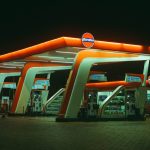 The Indian government’s plan to incentivize sugarcane production to boost the supply of fuel-grade ethanol could hurt efforts to improve nutrition outcomes in the country, according to researchers from the Tata-Cornell Institute for Agriculture and Nutrition (TCI). In an op-ed… 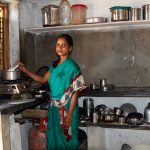 The 2020 nationwide lockdown India imposed in response to the COVID-19 pandemic caused disruptions that negatively impacted women’s nutrition, according to a new study from the Tata-Cornell Institute for Agriculture and Nutrition. Published in the journal Economia Politica, the study… 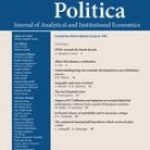 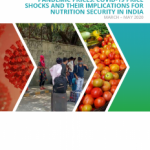 In this blog post, TCI’s Payal Seth, Prabhu Pingali, and Bhaskar Mittra present their analysis of the impact of the COVID-19 lockdown on food prices in India.  In normal times, access to nutrient-rich food to all is a challenge for…

Out of the 892 million people across the world who practice open defecation, the majority live in India. Most reside in the country’s rural areas. Inadequate sanitation is one of the leading causes of fatal diarrhea and infant mortality in…

In a report published July 17, researchers from the Tata-Cornell Institute for Agriculture and Nutrition (TCI) show that India’s rigorous lockdown has driven up the price of produce, limiting people’s ability to afford a nutritionally diverse diet. In the study, …