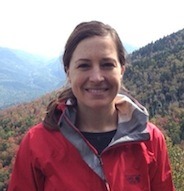 A recent post outlined TCi efforts to gather essential metrics to provide a standardized and streamlined way to measure nutrition status within current and existing agriculture surveys, through its Minimum Nutrition Dataset for Agriculture (MNDA). Here is an update on progress of the pilot project from Program/Research Manager Katie Ricketts.

Next week the TCi team, along with our partner organization, ICRISAT, will pilot test one of the five modules of the MNDA in Andhra Pradesh and Maharashtra. This includes the individual, household and market-level dietary diversity scoring segment (Module 3). The staff and student interns will spend the summer in India, refining the survey instruments, pilot testing the use of focus groups and surveys, and beginning to compare findings with the intensive nutrition survey undertaken recently by ICRISAT for the same villages and households.

For the purposes of the MNDA, our mission is to select the most essential nutrition metrics useful for linking agricultural changes and interventions to nutritional outcomes. We measure dietary diversity because rural households, who disproportionately make up the majority of stunted, wasted and undernourished people, find their food and income from farming. Income on the farm contributes to household food budgets, and local food supplies are affected by local production patterns. Lack of dietary diversity is a particularly severe problem among poor populations in the developing world because diets are dominated by starchy staples and grains, with little or no animal products and few fresh fruits and vegetables (Gómez & Ricketts, 2013; Gómez et al., 2013; Ruel, 2003; Tontisirin, Nantel, & Bhattacharjee, 2002).

Accurately assessing a household and individual’s access to a diverse diet is a key measurement area useful for identifying how food insecurity can contribute to malnutrition. Our dietary diversity module captures two “dietary diversity” scores – a household-level score identifying household access and an individual score for micronutrient access for women – and focus groups for understanding local diets and correctly classifying local foods.

The MNDA approach is to ask the primary household cook (often the daughter, daughter-in-law, or female head of house) who is between 15-45 years old. We ask what she ate and cooked over the past three days as a proxy for overall household nutrition. This means the MNDA captures a rough idea of food consumption at the household level and for a specific individual woman within her childbearing years.

All of the reported foods are categorized into major food groups, as outlined in the FAO/FANTA Dietary Diversity Guide. A household-level dietary diversity score (HDDS) is comprised of individual foods that have been collapsed into major and minor food groups. To determine an individual score for women, the MNDA identifies a second score by collapsing individual foods into a different list of micronutrient-rich foods that are high in iron and minerals, creating a women’s dietary diversity score (WDDS).

Thus, the MNDA offers two types of dietary diversity indicators: an HDDS which identifies access to a broad range of food groups, and a WDDS which identifies food groups that are rich in micronutrients and protein. These kinds of food-group scores have remained popular because of their simplicity and field- feasibility (Ruel, 2003).

Recall ranged from 1-15 days, but many surveyors collect dietary information over 1-3 day periods. While 24-hour recall periods are thought to have greater levels of accuracy because they do not require the respondent to recall consumption information beyond one day, research has shown that the number of different foods consumed increases with time (but plateaus at 15 days – Drewnowski, Ahlstrom-Henderson, Driscoll, & Rolls, 1997). A recent review of dietary diversity measurement issues by Ruel (2003) suggests that a three-day recall period can reasonably estimate much of the variation of an individuals diet.

The MNDA is piloted with a three-day recall period plus the ‘market day,’ which we elected to include for several reasons. First, the household/individual is likely to purchase and prepare perishable foods (like meats) on that day, suggesting that lack of inclusion might underestimate purchase or consumption of critical food groups. Second, an individual may consume diverse snacks, treats, or other “special foods” on this day that might otherwise go uncounted. Third, and perhaps most importantly, inclusion of the market day can provide an important weekly ‘anchor’ for respondent recall accuracy. Finding appropriate anchors and points of reference for respondents has been found to be critical for dietary recall (Subar et al., 1995).

Since the HDDS and WDDS are scores based on food groups, identifying and classifying specific foods into the correct groups is essential. This means understanding local diets and contextualizing responses. We are additionally piloting the use of focus groups prior to individual surveying, in order to identify and validate necessary minor and major food groups. We undertake this effort to collect a picture of local diets and commonly consumed foods, and to discuss specific foods or the components of major dishes that are frequently prepared. Focus group discussions on food groups will begin with the 16 food groups outlined by the Food and Agriculture Organization (FAO) (Kennedy, Ballard, & Dop, 2011).