Bridging the gap: Soil health in Ithaca and India, from lab to field to lab 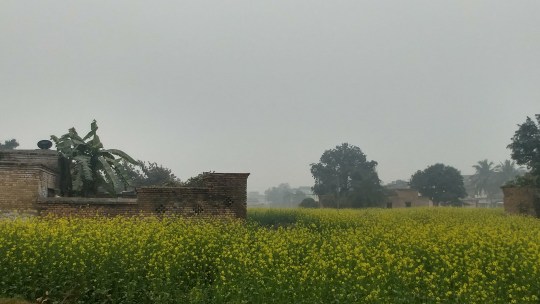 The thick fog blanketed the city making it impossible to see any of the buildings down below. I’d been warned of the trouble with fog in the northern part of India but the inability to see anything beyond a few meters ahead of me was not something I was prepared for. I had arrived in Patna, a city in Bihar and gateway to my field site for PhD research.

I was heading to the Dr. Rajendra Prasad Central Agricultural University (DRPCAU) in Pusa, Bihar – my research collaborator on this project. The campus is a 3 hour drive away from Patna, over the Ganges and towards the Nepal border. The journey used to take even longer before the construction of the Digha-Sonpur Bridge, connecting Patna to Sonpur, in 2016. The bridge is a symbol of the developed and modern state that Bihar is aiming to become. Everyone I met wanted to talk to me about my journey and the bridge I’d taken to get there. There remains however, a stark difference between the burgeoning infrastructure of Patna and the fields surrounding the university in Pusa.

Originally the Imperial Agricultural University, DRPCAU was first established in 1905 under British rule. In 1934, a massive earthquake destroyed the campus causing the facility to shift to Delhi. It was in 1970, under the state government of Bihar, that the university was re-established at its original site. On a visit to the university during the previous summer, I had had a chance to walk around the ruined remains of the old college. It was also the first time I learnt of the history behind the various iterations of the university. In the 1900s, a Mr. Henry Phipps from Pittsburg had donated $30,000 to the establishment of the agricultural research station in the area. One theory suggests that the word Pusa comes from P(hipps)-USA. Others suggest that the name had been used by locals for years prior to the establishment of the university.

This trip (January 2018) was meant to establish a soil health lab at DRCPAU. There already exists a well-developed soils department with the capability to conduct a wide-range of basic soils tests. However, part of my project aims to build up a lab that holistically looks at soil health – from a physical, biological and chemical approach. This is still a relatively rare concept in India where soil health is mainly considered to center around the chemical properties of soil. Cornell scientists have spent many years researching a variety of soil properties that might affect soil health and have determined the 15 unique properties that could give a complete picture of soil health, as described in the Comprehensive Assessment of Soil Health Manual. I spent the fall semester diving deep into the gauntlet of soil tests and considering how these tests might be adapted to an Indian context.

I had been prepping for this trip for a few months but it wasn’t until I was on the ground, in Pusa, that I began to fully understand the complications involved with being a PhD student in the US conducting research in another country. For example,

I had initially sourced most of the equipment required for the tests from India and had been in contact with the distributors to arrange for delivery. However, the transfer of money between countries is fraught with red tape and I had to finally walk away disappointed. I then decided to carry a few pieces of equipment with me from the US, so as to be able to run at least a few tests. After narrowing the list of equipment down to things I would need and could physically carry with me, I started buying the equipment from the US. However, the actual logistics of carrying equipment to India was much more complicated. I had to first ensure that I had all the paperwork that might be required at a customs checkpoint. The penetrometer (a tool used to measure soil hardness) was a clunky piece of equipment that required some juggling to check in for my flight. Airport counters in India and the US were highly suspicious of it and the copious amounts of tape around the opened box let me know that the TSA had opened it up in transit as well!

Setting up the lab:

Once I got to Pusa, setting up the lab and running through the soil tests were both easier and harder than I imagined. On one hand, a lot more equipment than I had anticipated was available – though spread across different labs in the department. People were extremely accommodating in helping me run though the lab procedures, and they were also very interested in having discussions with me about the differences in lab procedures at our respective universities. On the flip side, while labs had a lot of specialized equipment, they were sometimes missing more basic equipment like gloves, scoops or paper towels! This can lead to a great deal of innovativeness, as Indian scientists are forced to come up with creative solutions to make up for the byzantine repair and procurement procedures that exist in public universities. In spite of these constraints, the university labs in India produce quality scientific research.

The week kept me busy collecting soil samples and working through all my soil tests. But I wasn’t really looking forward to the weekend. The university shuts down, meaning I couldn’t work, and unlike the bustling metropolises I am used to, there aren’t many entertainment options. However, I was pleasantly surprised! The Sunday of my visit was Makar Sankranti, an Indian festival that marks the end of the month with the winter solstice and the start of longer days. It is usually celebrated with children flying kites, bonfires and feasts. One of the professors I was working with invited me to have lunch with him and his wife so that I could get a taste of some authentic dahi-chuda (beaten rice and sweet yogurt) and tilkut (sesame sweets) which are traditionally eaten on this festival day.

I also got a chance to travel to the local market with them. Organized throughout the week, at multiple locations around the area, the market sold fresh vegetables, cereals, pulses and spices. The professor, having taught there for years, knew all the vendors and each endeavored to give him a better price than their competitors did. Compared to Mumbai, the prices for the vegetables were much cheaper!

The weekend marked the closing of my visit. I soon left Pusa, ready to get back to Ithaca for the start of classes. It was an extremely productive visit overall and I am looking forward to going back soon to start collecting soil samples for research purposes.

Another example of Indian innovation. A boy and his goat – beating the cold with improvised sweaters for the goat! (Photo credit: Kavya Krishnan)

Kavya is a first year PhD student in Soil and Crop Science at Cornell University’s School of Integrative Plant Science. Her research focuses on soil health in India, looking at the effect of different management techniques on soil health. 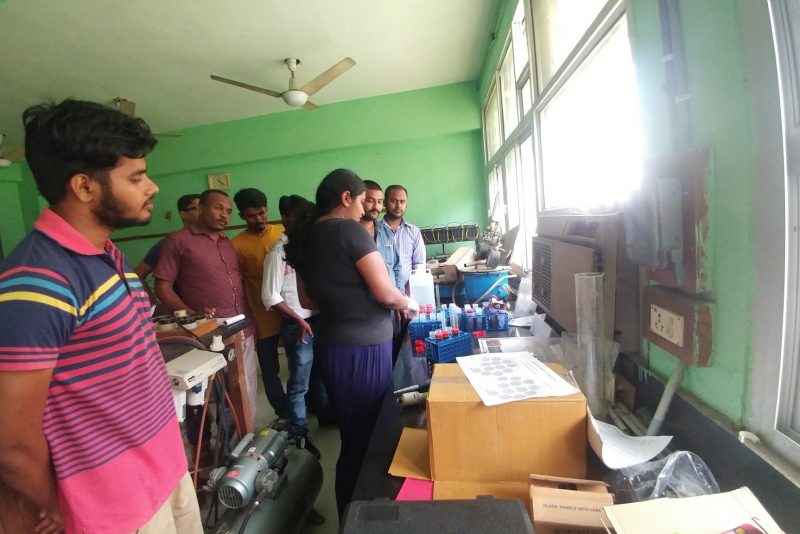 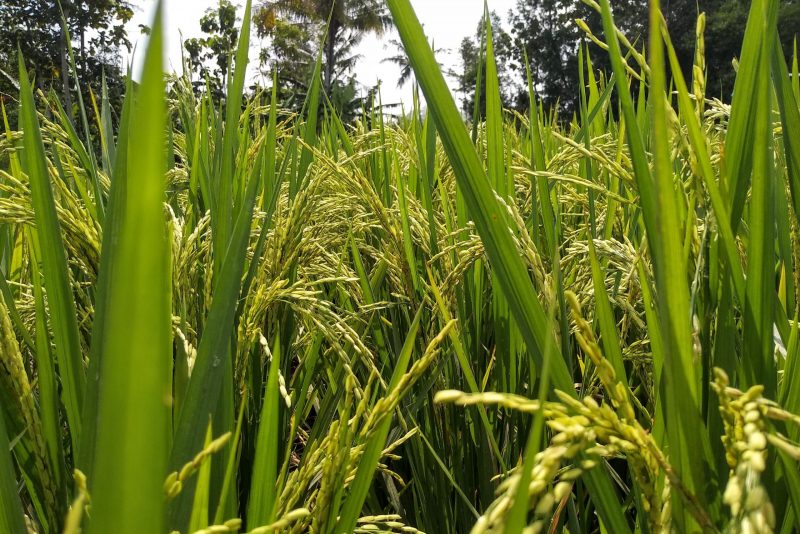 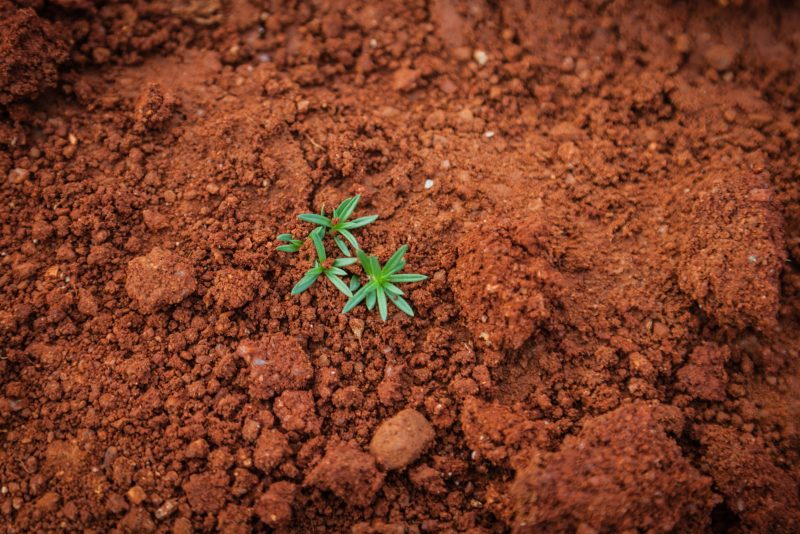