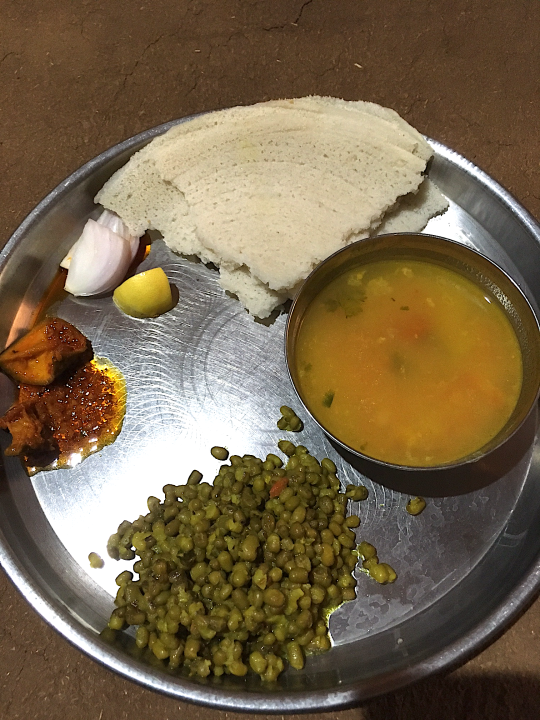 Iron-deficiency anemia (IDA) is a global, multifactorial nutritional disorder having severe health and economic implications. The burden of IDA is most prevalent in resource-limited settings that rely primarily on staple cereals and a few vegetables for nourishment. Specifically in India, anemia affects 74% children below the age of 3 years, 85% expectant mothers, and over 90% of adolescent teens1. IDA, as a result of persistent malnutrition, lack of dietary iron bioavailability*, or physiological factors, adversely affects cognitive performance, work capacity and productivity, and increases the risk of maternal morbidity and mortality.

[* Note: Bioavailability can be defined as the amount of nutrient released from the food and absorbed into the body, that is actively available for use in human processes.]

This summer, I visited marginalized rural communities in Songadh block in Tapi district of Gujarat and Dorma village in Torpa block of Khunti district of Jharkhand to evaluate their iron-related dietary consumption patterns and conduct a village-level market assessment. For both sites, 10-12 households were surveyed. Focus group discussions were also held to determine the locals’ knowledge, attitude and practices towards IDA.

From field to plate

Since these two study sites are located in two distinct regions of India, the dietary patterns were very different. It was unexpected that even with wealthier households (based on higher reported incomes and visual assessment), Songadh had markedly diminished dietary diversity relative to Torpa.

In Songadh, rice is the primary cereal of choice. Villagers consume rice during the day and rice chapatis during the evening, with an occasional wheat chapati from the wheat grown in their own farms. Lentils form a major part of their daily nutrition. The majority of the households surveyed reported having brinjal (eggplant), potatoes, tomatoes and cauliflower as the most frequently consumed vegetables. Red chilies were used to add spice to dishes. Raw mangoes, or keri, were widely consumed in season. Along with meals, most people reported consuming buttermilk, locally called as chaas, or a sorghum-based fermented beverage called bhadku.

Similarly, in Torpa, rice is the preferred staple. Conversely, the wheat that is used to prepare chapatis is purchased from government ration shops, and lentils are not as frequently consumed. Instead, villagers depend on the forests for nourishment. Consequently, traditional green leafy vegetables ― such as mountain ebony (koinar saag), spine gourd (kakrol), water spinach (kalmi saag), amaranth leaves (lal gandhaari saag), kenaf leaves (kudrum) and Malabar spinach (poi saag) ― are widely consumed2. In fact, according to the households surveyed, these vegetables were included more than three times per week in their typical diet. Additionally, other vegetables that were regularly consumed included locally picked mushrooms, jackfruit, lemons, okra, onions, tomatoes and potatoes, further enriching the dietary diversity. In contrast from Songadh, only green chilies were used in Torpa. Mangoes and java plums (jamuns) were consumed every day in season. Water served as the most common meal accompaniment.

The irony of iron nutrition awareness

Villages in both Songadh and Torpa have had nutritional awareness outreach programs in the past. As a result, the women were slightly familiar with the need for iron in the human body and its deficiency symptoms. However, the majority of the respondents were unaware of the function of iron in the body, which food sources are iron-rich, and what dietary habits may affect iron absorption and iron status.

Some females in Torpa reported using government-administered iron-folic acid pills, although compliance was low. Furthermore, the respondents with infants had not introduced their infants to nutritionally adequate complementary foods after 6 months of breastfeeding and reported feeding them wheat-flour based biscuits and breastmilk only. None of the village stores stocked infant foods (e.g. Cerelac, etc.).

Discussions with medical officers in the Singpur village of Songadh revealed that there were inadequate IDA-diagnostic facilities. Moreover, community turnout for such nutritional programs was also not encouraging. As a result, iron deficiency and practices that affect dietary iron bioavailability are widely prevalent.

Rice and wheat have typically low iron content. These cereals are also rich sources of potent iron inhibitors, such as phytate. Dietary ascorbic acid (vitamin C), an iron promoter, keeps iron in its reduced state, hence increasing absorption. Unfortunately, according to the National Institute of Nutrition, the traditional rural Gujarati diet has been associated with having a high concentration of phytate and low levels of ascorbic acid3. My study confirms this pattern in Songadh. Moreover, respondents reported buttermilk consumption along with meals. A calcium-iron interaction is also known to interfere with iron absorption. Together, a reduced intake of iron-rich fruits and vegetables, low dietary diversity, and a simultaneous intake of calcium-rich beverages (e.g. buttermilk) with meals, can be termed as a classic iron-deficient dietary pattern.

Conversely, the surveyed households in Jharkhand frequently consumed iron-rich vegetables in the form diverse green leafy vegetables. Dietary inclusion of ascorbic acid-dense green chilies and lemon would further enable iron bioavailability in this population. Not surprisingly, the average daily intake of vitamin C in Jharkhand has been estimated at 101.5 mg4, much higher than the recommended dietary allowance of 40 mg/d5. Yet, Jharkhand is severely affected by anemia6. Why could this be? As anemia is multi-causal, are we overlooking other underlying etiologies?

While this interpretation is representative of only the surveyed households, the villages I visited in both states are infection-prone, having high frequency of hemoglobinopathies, along with poor hygiene and sanitation – all strongly associated with anemia. The relative contribution of these factors towards anemia can vary a lot depending on the population and its geographical location. Moving forward, it is imperative that a comprehensive community-based structural framework aimed towards improving nutrition, sanitation and education be implemented at both the household and individual level to effectively control and overcome iron malnutrition and anemia.

Rohil Bhatnagar is a Ph.D. Student and a Tata-Cornell Scholar in the Field of Food Science and Technology at Cornell University. With Tata-Cornell, he studies location-specific community trends that modulate nutritional iron status. 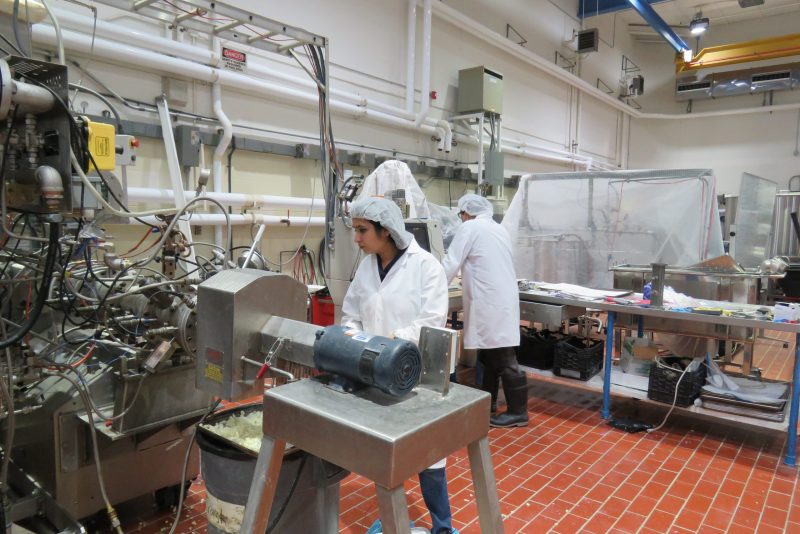