The first round of MNDA dietary diversity data collection concludes: Reflections from Dokur

TCi intern Christian DiRado-Owens, a development sociology student at Cornell University, reflects on the first round of data collection in the field. Christian is among five interns and TCi staff members who are spending the summer in India testing the dietary diversity module of the Minimum Nutrition Dataset for Agriculture (MNDA). Read previous posts about the project here.

This week the TCi team left the ICRISAT headquarters to officially begin the first of two rounds of data collection. The team traveled to two villages in Andhra Pradesh: Aurepalle and Dokur, located just over two hours from Hyderabad. Our purpose is to evaluate and validate the use of a module within the Minimum Nutrition Dataset for Agriculture (MNDA) tool that attempts to capture dietary diversity. Using a simplified methodology and focusing on women (ages 18-45) responsible for cooking, the MNDA attempts to capture a household-level and individual level dietary diversity score. Over the last week, two teams completed a total of 66 dietary diversity surveys with women from various income levels, castes and classes. Amrita Rao, another TCi intern, and I were stationed in Dokur while Andy Pike, Katy Merkel, and Alex Cordova (the other three TCi interns) were stationed in Aurepalle.

Arriving in Dokur and facilitating group discussions about diet

Upon arrival in Dokur, Amrita and I met with our investigators — Vidya and Swathi — who would be translating back and forth between English and Telegu during our household interviews and focus group discussions. Along with another ICRISAT intern named Asha, we held our focus group discussions on a multipurpose purple, green and orange mat. On this mat, we slept, organized our materials, took our meals from our sweet home-stay cook Yadamma, and spent the majority of our down time when the village women were working and not available to meet. Together, Amrita and I held three focus group discussions and conducted 28 household surveys from Monday through Friday.

The first focus group discussion consisted of both men and women for a total of 10 villagers, while the second consisted of only women for a count of eight from the forward and backward castes. The purpose of our focus group discussions (FGDs) was to validate our food groups, familiarize ourselves with local dishes to inform what we should probe for in the household surveys, and to validate the assumptions our survey implicitly made regarding meal frequencies and times, cooking responsibilities, and foods cooked on special days.

The MNDA is organized around the assumption that the woman who cooks for the household (someone between 18-45) could plausibly be a proxy for the household diet, given that she herself was a member of the household and that she cooked the food eaten by the majority of the members of the household. We, however, found a few exceptions. For example, one women in our sample population had just returned from an extended period of time (the greater part of a year) living and working in Hyderabad to send remittances home and earn supplemental income for the family. Although this woman met all of the selection requirements, she clearly could not be a proxy for the household as she would neither be eating nor cooking the same foods as the rest of the family who remained in the village while she was away.

While others in our individual survey respondents did not fall into this category, it was clear that finding the household cook did not mean that she was always the ideal respondent. We asked the first question during our focus group discussion with the women from the scheduled caste, and learned that a portion of the female population in Dokur migrated for extended periods of time and came back based on seasonal opportunities (in agriculture). Interestingly, when we asked who assumes the household cooking responsibilities when the women (and the men) are away, most informants said that the children take over.

Dokur, however, exists in some unique circumstances. Due to the impacts of persistant drought over the last 30 (and specifically 12 years) with low investment power and low capital, agricultural production has declined greatly and families are seeking supplementary income elsewhere. Coupled with Dokur’s relatively isolated location (in relation to Hyderabad) in the district of Mahbubnagar, Dokur’s out-migration rates have increased dramatically. Due to the distance and expense of traveling to Hyderabad, many migrants opt (or are forced) to stay for longer periods of time in or around Hyderabad. This is especially the case for the poorer, lower castes and classes, who are forced to migrate for income but cannot afford the regular commute. A six- to eight-hour roundtrip bus ride, for example, costs an estimated 108 rupees.

Spending time in the village: Getting context, gaining insight, and making friends

Over the course of a week, I can confidently say that we established strong working and personal relationships with both Vidya and Swathi (and Asha), and I am grateful to have had the opportunity to do so. We also were able to do some filming this week for a TCi video project about the challenges of pilot testing the MNDA and about what fieldwork is like for a Cornell student. We captured footage of our household interviews, focus group discussions, agricultural landscapes, market transactions, and a woman named Buchemma who taught us how to make traditional raghi roti.

On our last night before returning to ICRISAT, we met with some of the women and children in the village, exchanged words, sang songs, and danced, coalescing into a great time and a great memory. A special thank you to our ICRISAT investigator colleagues who are currently stationed in Dokur: Vidya and Swathi! 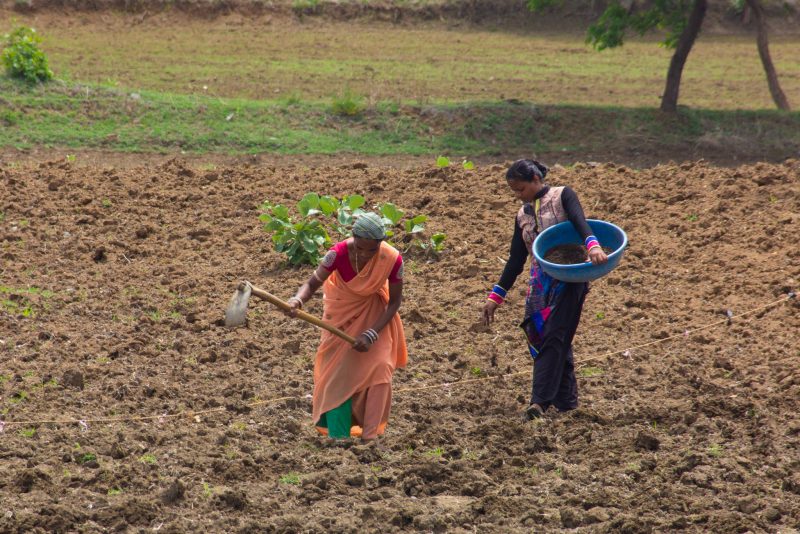