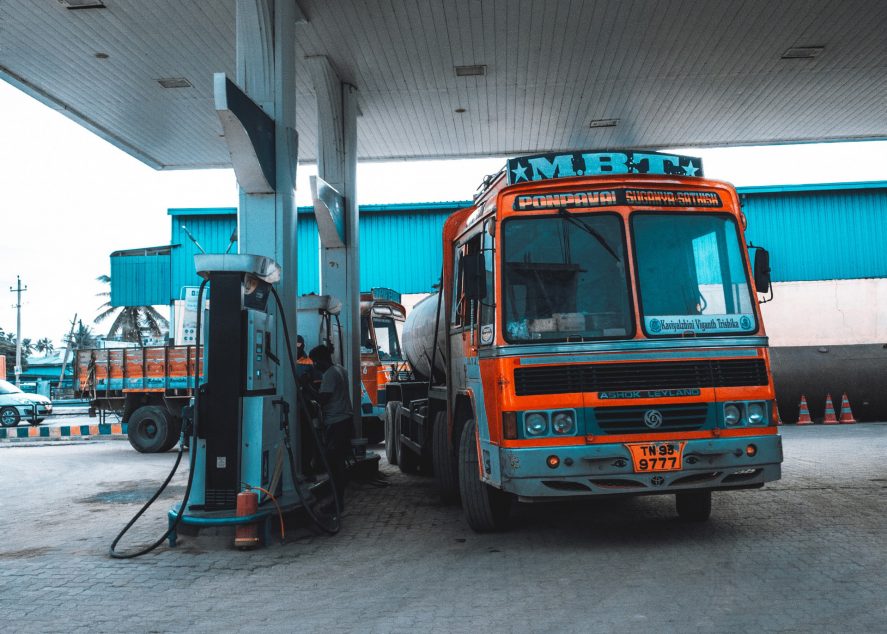 A version of this blog post was published in the Financial Express on July 29, 2021.

Nearly 60 percent of this additional requirement is expected to be fulfilled by diverting sugarcane to ethanol production. This decision comes in the light of surplus sugar production in the country, which leads to lower sugar prices and adversely impacts the timely realization of farm incomes. Hence, farmers are now incentivized to divert excess sugarcane and sugar for fuel-grade ethanol production.

One of the incentives introduced is releasing soft loans to sugar mills for building or upgrading grain-based distilleries across the country. This will encourage easier diversion of sugarcane to ethanol production. The incentives also include state facilitation in arranging land for the project. The scheme has further launched expedited regulatory clearance for establishing ethanol distilleries through a single-window mechanism. Since sugarcane and ethanol production is currently concentrated in three states – Uttar Pradesh, Maharashtra, and Karnataka, incentives to expand distilleries across the nation will result in geographically widespread production and lead to savings on the large transport costs associated with moving ethanol to other states. Finally, the scheme includes tax incentives for blended fuel and petrol vehicles.

However, besides its positive outcomes, PLI for enhancing ethanol production might also lead to unintended adverse consequences.

India initiated biofuel production with the Ethanol Blended Petrol Programme in 2003, which mandated a 5 percent ethanol blended petrol in nine states and four Union Territories. The coverage of this program was expected to extend to more states and the blending rate was projected to rise to 10 percent by 2008 and 20 percent by 2012.

To achieve this target, Jatropha curcas was identified as an ideal crop for bioethanol production. The planning commission estimated that 13.4 million hectares of land needed to be allocated to produce enough Jatropha to meet the 20 percent target. These plans were not successfully implemented. Only about half a million hectares of land was planted with Jatropha. The plant was found to not be commercially viable primarily due to issues with quality seed supply, low oil percentage, and high processing costs.

Policy recommendations to divert sorghum for ethanol were met with backlash due to food security concerns and the possibility of inflated sorghum prices for the consumers, especially the rural poor. Using maize to produce ethanol, though commercially viable and less threatening to India’s food security, meant diversion from India’s feedstock supply. The government eventually suspended the mandatory blending of ethanol.

To strengthen the waning implementation of the ethanol programs, the Indian government launched India’s National Policy on Biofuels in 2009. This policy mandate was expected to move up the increase to 20 percent ethanol to 2017. This objective was to be met by utilizing waste and degraded forest, as well as non-forest land, for cultivating non-edible oilseeds. Corporations were expected to play a major role in these plantations through contract farming with farmers. Most importantly, a minimum support price was proposed for oilseeds to ensure a fair return to the farming community.

However, despite these initiatives, the 20 percent target has remained elusive.

The bioethanol evolution story tells us that while the country’s energy security has been a source of concern for Indian policymakers for the past two decades, it is only recently that the government is backing the objective of achieving 20 percent ethanol blending through a series of rigorous incentives.

Unintended Consequences of the PLI Scheme

These novel incentives to increase ethanol production are likely to have some unintended consequences as they may encourage more farmers to increase sugarcane production beyond the diversion of excess crops for ethanol blending. This will likely further strain both groundwater resources and land availability, as around 2,860 liters of water are required to produce just one liter of ethanol from sugarcane. Diversion of production to sugarcane will reduce the water availability for other crops. Around 1,600 blocks in states like Tamil Nadu, Rajasthan, Uttar Pradesh, and Telangana have already reported over-exploitation of groundwater resources.

Besides being a water-guzzling crop, sugarcane, unlike other cereal crops like wheat and paddy, requires 9-24 months to harvest, and another three to four harvests of ratooning. (Ratooning is the practice of cutting the above-ground portion of the crop and leaving the roots intact to allow the plant to produce a fresh harvest.) With PLI encouraging a higher harvest of sugarcane, any land diverted to sugarcane will be rendered useless for growing other crops for at least five to six years. Furthermore, it will be easy to shift currently irrigated land from one water-guzzling crop to another, i.e., from paddy to sugarcane.

[F]or India to achieve its 20 percent blending target by 2030, it will need to produce 1,320 million tons of sugarcane, which would require an additional 348 billion cubic meters of water and 19 million hectares of land – one-tenth of the country’s net sown area.

The profits from sugarcane cultivation are higher and will fetch an assured return from the industry. This has the potential to put a strain on India’s groundwater resources. This can also challenge the food and nutrition security of the country, by reducing staple grain production and by discouraging farmers to diversify into fruits, vegetables and other high-value crops. Any stress on food supplies and food system diversity can lead to an increase in food prices. There could also be an excess diversion of sugar (apart from sugarcane molasses) towards the ethanol industry, which would push prices higher.

Estimates tell us that for India to achieve its 20 percent blending target by 2030, it will need to produce 1,320 million tons of sugarcane, which would require an additional 348 billion cubic meters of water and 19 million hectares of land – one-tenth of the country’s net sown area. These figures are emblematic of the impending water and food security crisis.

The Need for Alternate Sustainable Crops

The government should consider moving farmland from sugarcane cultivation to less water-intensive crops. Cereals, especially maize and sorghum, are more environmentally sustainable, can be grown in non-irrigated regions as well as drylands, and can serve as alternate crops for starch-based ethanol production. Incentive-linked production of maize and sorghum will also fetch better prices for farmers as a market of assured buyers will emerge. Better and more timely price realization, if inculcated as a part of the incentive, will further boost the production of crops like maize and sorghum and shift the land area away from water-intensive crops like sugarcane. Although at current productivity levels it would be a challenge to enhance the supply of these crops and thereby avoid negative food security consequences. It may also be important to re-examine the viability of Jatropha for bioethanol production and to identify options for alleviating the technical and policy constraints for enhancing Jatropha production.

We note that India is the world’s third-largest oil importer, and hence, the drive to enhance the production of ethanol is rightly motivated to save forex reserves and inoculate the country against oil price shocks. However, it is equally important to weigh the unintended challenges this policy might pose. There is a need to balance the country’s present energy security with future concerns over climate change and food and nutrition security.