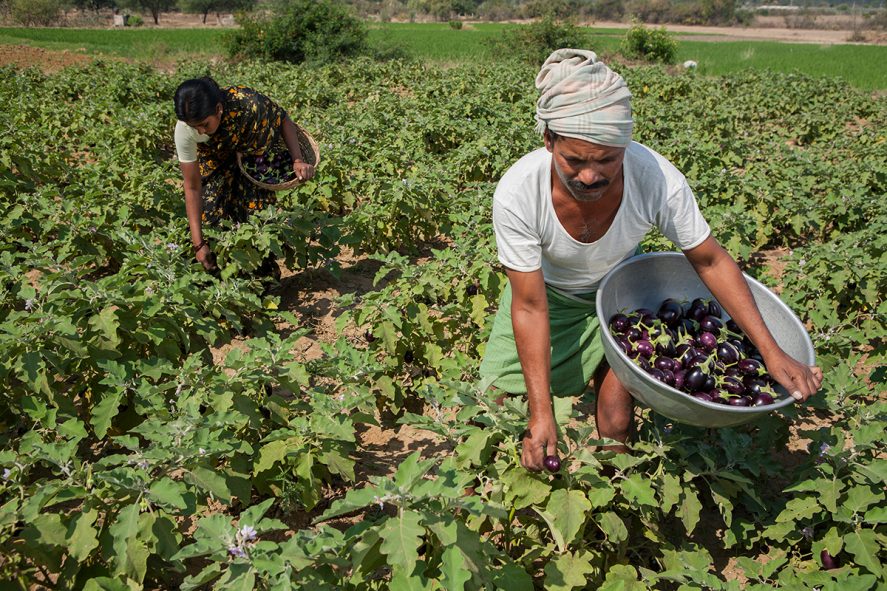 The Tata-Cornell Institute for Agriculture and Nutrition (TCI) is embarking on the next phase of its project to support smallholder farmers in India through the promotion of effective farmer producer organization (FPO) models. The centerpiece of this effort is the further development of TCI’s Database for Indian FPOs within the FPO Hub of its Center of Excellence in New Delhi, a web-based platform that empowers FPOs, researchers, and other stakeholders to access comprehensive information on thousands of FPOs.

According to official data, a majority of India’s FPOs do not actively submit annual financial information to the relevant authorities. TCI’s project aims to rectify this with a data-sharing pipeline with major FPO stakeholders in India to ensure that all data on the platform is as current and comprehensive as possible as it is the largest centralized source of data on Indian FPOs currently available.

“Strengthening FPO models is crucial to empowering India’s small farmers to take advantage of the opportunity posed by rising demand for diverse agricultural products,” TCI Director Prabhu Pingali said. “The upgrades that we are making to the Database for Indian FPOs will ensure that it continues to be an invaluable resource for all stakeholders interested in supporting FPOs.”

TCI also intends to create an Interface through which FPOs can update their own select indicators. The interface could potentially be used to link FPOs with product buyers and service providers.

“By inviting farmer organizations themselves onto the platform to interact with service providers and buyers, we aim to further empower smallholders to commercialize their efforts and improve their livelihoods,” Pingali said.

The Database for Indian FPOs features comprehensive information on more than 4,400 FPOs and will soon launch a beta version of the new platform containing information for over 26,000 producer organizations and FPOs. Stakeholders can use the interactive dashboard to access a wealth of useful information, such as crops produced, founding years, sponsoring agencies, and basic financials. We hope that such information will enable access to finance as well as markets for the FPOs by boosting their discovery. Ultimately, the data will also allow researchers at the Hub to formulate models to boost smallholder farmer income and welfare.

Nearly 90 percent of farms around the world measure less than 2 hectares in size. In India, the average farm is only 1.15 hectares. These small farms are disadvantaged when it comes to accessing markets, credit, and agricultural inputs such as seeds. By joining together in FPOs, farmers work to jointly reduce costs and improve market access, helping to drive higher agricultural productivity, enhanced food security, and livelihood development.

“With the new grant funding to the TCI, we are meaningfully advancing research into farmer producer organizations, which serve as vital infrastructure for promoting market access and strengthening business and agricultural practices. It aligns well with our efforts in India to support programs that benefit and improve livelihoods by enhancing opportunities for smallholder farmers in the country,” said Julie Gehrki, vice president and chief operating officer at Walmart Foundation.

TCI’s project on “FPO-Led Small Farm Market Access Models” aims to better understand the challenges facing FPO models in India and around the world. In 2021, TCI launched the FPO Hub of its Center of Excellence. The Hub serves as a resource for researchers, philanthropic actors, government, and private entities that promote FPOs to access information, technical help, and guidance for the advancement of FPOs in India.

In 2019, TCI was awarded a $1 million grant from the Walmart Foundation to assess challenges facing small-farm aggregation models in India and Mexico. The grant is a part of Walmart Foundation’s USD$25 million commitment to India to help farmers generate more income.